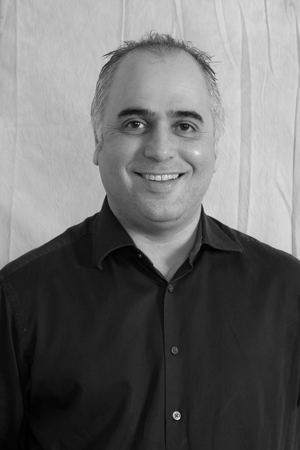 Jon’s first job was a junior physiotherapist at the glamorous location of Russell Hall Hospital (it was new back then!) This was a good rotational post offering a broad range of experience in all areas of practice, during this time he developed my interest in orthopaedic rehabilitation and musculo skeletal medicine.

Between 1990 and 1994 Jon continued to work in Dudley and Birmingham Hospitals.  Jon also completed a Master’s degree in research methods and human movement at University Central England.  During this period Jon started to work privately with a group of orthopaedic surgeons who were pioneering “Key Hole” surgical techniques.

The arthroscopic approach to joint surgery altered orthopaedic rehabilitation and musculoskeletal medicine.  Wards of patients on traction in hospital for months on end became a thing of the past, early discharge and physio are now much more important features of care.

The range of options for treating people with musculo skeletal problems has expanded and Jon has been fortunate that his career as a physio has followed this process. In 1998 completed a post graduate certificate in Occupational health at UEA , and in 2000 completed a post grad certificate in Health Promotion. In 2000 he also completed a clinical educator’s course and now regularly has student physiotherapists from Coventry and Birmingham Universities. From April 2016 Jon will also accept physiotherapy students from Worcester University.

Jon’s main endeavour over the past 10 years has been to build a strong independent Physiotherapy Practice. At Stourbridge we have good links with our local Gps and Orthopaedic consultants. We also have established relations with orthopaedic surgeons in Birmingham, Worcester and Wolverhampton. Jon regularly now sees patients in Clinic who have had their operations or procedures at the large orthopaedics Hospitals in London, Oswestry and Nottingham.  This has offered a very broad and varied case load and allowed the Practice to develop skills in spinal injury, leg lengthening.  Shoulder and ankle replacement are procedures now that Jon finds on his case load.  MSK and orthopaedic physio is constantly having to develop and adapt to advances in techniques and procedures, but still enjoy the challenge of staying up to date and learning new skills.

Outside of Physio Jon enjoys skiing and each winter heads off somewhere in Europe to injure himself! Jon regularly skis in the Grand Massiff of the HAUTE Savoire in France.  Recently he has decided to get fitter and has started attend classes, he can be regularly found at the back generally two to three moves behind everyone else!

Send us a message